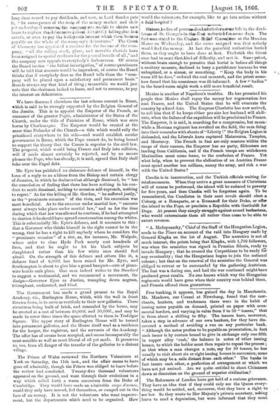 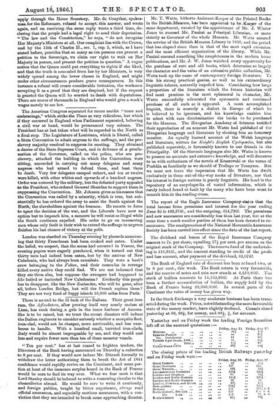 The Reformers of London have got hold of a curious

grievance. They have an idea that if they could only see the Queen every- thing would be settled, and, moreover, that they have a • right to see her. So they wrote-to Her Majesty's private -secretary, asking leave to send a deputation, but were informed that they must

apply :through the H,ome Secretary, Mr., de. Gruythex,,apakes, mauler, the Reformers, refused to accept, this, answer, and wrote again, and on receiving,t1m, same reply wrote a third timeole- daring that-the people had-a legal right to send their deputation. " The law- and the Constitution," he says, " do not recognize Her Majesty's Ministers at all. Ourcomplaint lies with the Crown, and by the. 13th of Charles II., sec. 1, cap. 5, which, as I have stated before, provides that as many as:ten persons can present a petition to the Sovereign, we claim our right to wait on Her Majestyin person, and present the petition in question." A vague notion that the Queen could put everything to rights if she liked, .and that the truth is concealed from her by her Ministers, is very widely •spread among the lower classes- in England, and might under other circumstances produce grave consequences. In this instance a refusal will create-considerable irritation, the workmen accepting it as a proof that they are despised, but if the, request is granted the Queen will be -worried- to death - with deputations. There are scores of thousands in England who would give a week's -wages merely to see her.