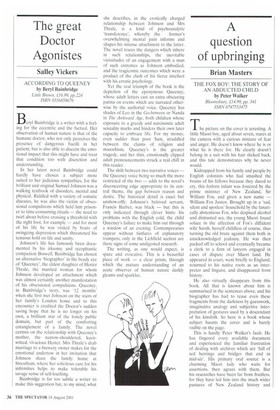 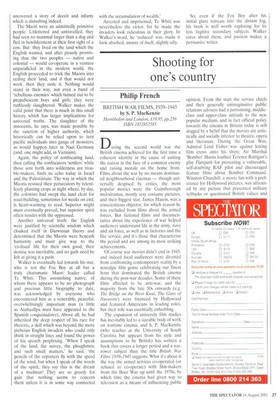 THE FOX BOY: THE STORY OF AN ABDUCTED CHILD by Peter Walker

The picture on the cover is arresting. A little Maori boy, aged about seven, stares at the camera with a curious mixture of fear and anger. He doesn't know where he is or what he is there for. He clearly doesn't belong in a suit with his hair slicked back, and this tale demonstrates why he never would.

Kidnapped from his family and people by English colonists who had smashed the brains of his fellows because they dared to cry, this forlorn infant was fostered by the prime minister of New Zealand, Sir William Fox, and given a new name — William Fox Junior. Brought up in a 'sad, silent and spotless' household by the fanatically abstemious Fox, who despised alcohol and distrusted sex, the young Maori found solace in the affection of Fox's diffident wife Sarah, herself childless of course, thus turning the old brute against them both in unacknowledged jealousy. He was then packed off to school and eventually became a clerk to a firm of lawyers engaged in cases of dispute over Maori land. He appeared in court, went briefly to England, returned to his native roots as an interpreter and linguist, and disappeared from history.

He also virtually disappears from this book. All that is known about him is summarised in the sentences above, and his biographer has had to tease even these fragments from the darkness by guesswork, imaginative analogy and subjective interpretation of gestures used by a descendant of his kinsfolk. So here is a book whose subject haunts the cover and is barely visible on the page.

This is hardly Peter Walker's fault. He has fingered every available document and experienced the familiar frustration of dealing with archives which are -full of red herrings and bridges that end in mid-air'. His primary oral source is a charming Maori lady who waits for assertions, then agrees with them. But his researches have been far from fruitless, for they have led him into the much wider pastures of New Zealand history and

uncovered a story of deceit and infamy which is disturbing indeed.

The Maori were an admittedly primitive people. Unlettered and untravelled, they had seen no mammal larger than a dog and fled in bewilderment at their first sight of a cow. But they lived on the land which the English wanted, and after piously promising that the two peoples — native and colonial — would co-operate in a venture unparalleled in the modern world, the English proceeded to trick the Maoris into ceding their land, and if that would not work, then they stole it. Nothing would stand in their way, not even a band of 'rebellious enemies' which turned out to be prepubescent boys and girls; they were ruthlessly slaughtered. Walker makes the valid point that there is much in this small history which has larger implications for universal truths. The slaughter of the innocents, he says, was made possible by the sanction of higher authority, which historically can be relied upon to turn pacific individuals into gangs of monsters, as would happen later in Nazi Germany (and, one might add, in Vietnam).

Again, the policy of confiscating land, then calling the confiscators 'settlers' while those sent forth into wilderness are trouble-makers, finds its echo today in Israel and the Palestinians. The way in which the Maoris resisted their persecutors by relentlessly planting crops at night where, by day, the colonists had swept the land clear for road-building, sometimes for weeks on end, is heart-warming to read. Superior might must eventually prevail, but superior spirit often resides with the oppressed.

Another universal truth: the English were justified by scientific wisdom which cloaked itself in Darwinian theory and determined that the Maoris were beneath humanity and must give way to the 'civilised' life for their own good; their demise was inevitable, and no guilt need be felt at giving it a push.

Walker is eventually led towards his star, who is not the Fox Boy at all but a truly charismatic Maori leader called Te Whiti. This astonishing native, of whom there appears to be no photograph and precious little biography to date, was acknowledged by everyone who encountered him as a venerable, peaceful, overwhelmingly important man (a little as Atahuallpa must have appeared to the Spanish conquistadores). Above all, he had inherited the deep respect of his race for rhetoric, a skill which was beyond the more plebeian English invaders who could only think in straight lines and found the power of his speech perplexing. 'When I speak of the land, the survey, the ploughmen, and such small matters,' he said, 'the pencils of the reporters fly with the speed of the wind, but when I speak of the words of the spirit, they say this is the dream of a madman! They are so greedy for gain that nothing seems to concern them unless it is in some way connected with the accumulation of wealth.'

Arrested and imprisoned, Te Whiti was nevertheless the victor, for he made the invaders look ridiculous in their glory. In Walker's word, he 'reduced' war, made it look abashed, unsure of itself, slightly silly.

So, even if the Fox Boy after his initial glare retreats into the distant fog, his book is well worth exploring for its less fugitive secondary subjects. Walker cares about them, and passion makes a persuasive writer.