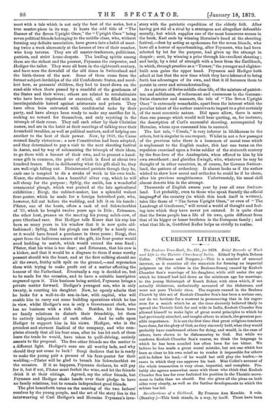 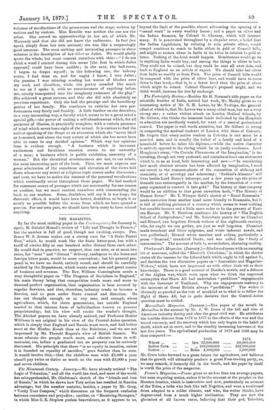 Recollections of a Girlhood. By Frances Ann Kemble. 3 vols.

(Bentley.)—This book stands, in a way, by itself. There have been volumes of recollections of the green-room and the stage, written by natives and by visitors. Miss Kemble was neither the one nor the other. She served no apprenticeship to her art, of which Mr. Macready said that she did not know the rudiments. In fact (we speak simply from her own account) she was like a surpassingly good amateur. The most striking and interesting passages in these volumes is the description of her debut as Juliet. We would gladly quote the whole, but must content ourselves with this :—" I do not think a word I uttered during this scene [the first in which Juliet appears] could have been audible ; in the next, the ball-room, I began to forget myself ; in the following one, the balcony scene, I had done so, and for aught I knew, I was Juliet ; the passion I was uttering sending hot waves of blushes over my neck and shoulders, while the poetry sounded like music to me as I spoke it, with no consciousness of anything before me, utterly transported into the imaginary existence of the play." She achieved a great success, and this she did with absolutely no previous experience. Only she had the prestige and the hereditary genius of her family. She continues to criticise her own per- formances very freely and frankly. A little further on she describes, in a very interesting way, a faculty which seems to be a great actor's special gift,—the power of uniting a self-abandonment which, for all purposes of illusion, is practically complete, with a certain presence of mind which never loses sight of the actual. It is curious to find the author speaking of the Stage as an avocation which she "never liked or honoured, and about the very nature of which she has never been able to come to any decided opinion." Which way her opinions lean is evident enough. " A business which is incessant excitement and factitious emotion seems to me unworthy of a man; a business which is public exhibition, unworthy of a woman." But the theatrical reminiscences are not, to our minds, the most interesting part of the book. First, we must express our great admiration of the soundness and elevation of the views laid -down whenever any moral or religious topic comes under discussion ; and next, we have to notice the interest of the personal recollections which continually occur throughout these pages. We had marked for comment scores of passages which are noteworthy for one reason or another, but we must content ourselves with commending the book to our readers. Some, doubtless, will say it is too long; for dramatic effect, it would have been better, doubtless, to begin it as nearly as possible before the scene from which we have quoted a portion. For our own part, we should have been sorry to have missed anything.