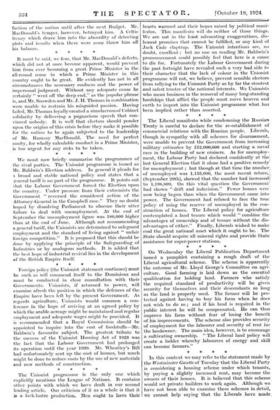 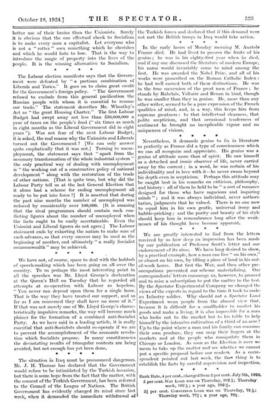 In this context we may refer to the statement made

by the Westminster Gazette of Tuesday that the Liberal Party is considering a housing scheme under which tenants, by paying a slightly increased rent, may become the owners of their houses. It is believed that this scheme would set private builders to work again. Although we have not been able to examine these schemes in detail, we cannot help saying that the Liberals have made, better use of their brains than the Unionists. Surely it is obvious that the one effectual check to Socialism is to make every man a capitalist. Let everyone who is not a " rotter " own something which he cherishes and which he would hate to lose. That is the way to introduce the magic of property into the lives of the people. It. is the winning alternative to Socialism.