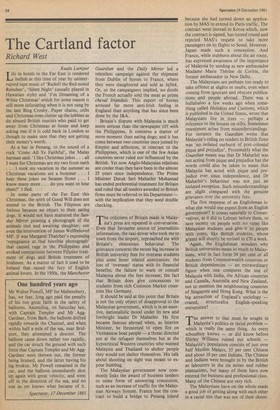 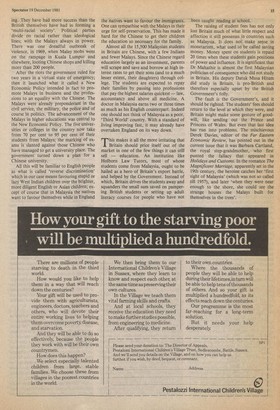 Mr Walter Powell, MP for Malmesbury, has, we fear, long

ago paid the penalty of his too great faith in the safety of balloons. Ascending, on Saturday last, with Captain Templer and Mr AggGardner, from Bath, the balloon drifted rapidly towards the Channel, and when within half a mile of the sea, near Bridport, they attempted a descent. The balloon came down rather too rapidly, and the car struck the ground with such force that Captain Templer and Mr AggGardner were thrown out, the former being bruised, and the latter having his leg broken. Mr Powell remained in the car, and the balloon immediately shot up again with great velocity, and went off in the direction of the sea, and no one as yet knows what became of it.

Spectator, 17 December 1881 Guardian and the Daily Mirror led a relentless campaign against the shipment from Dublin of horses to France, where they were slaughtered and sold as biftek. Or, so the campaigners implied, no doubt the French actually sold the meat as prime cheval Irlondais. This export of horses aroused far more anti-Irish feeling in England than anything that has since been done by the IRA.

Britain's dispute with Malaysia is much more serious than the newspaper tiff with the Philippines. It concerns a matter of more moment than eating dogs; and it has come between two countries once joined by Empire and affection, in contrast to the Philippines, which is one of the few Asian countries never ruled nor influenced by the British. Yet now Anglo-Malaysian relations are cooler than they have been in the almost 25 years since independence. The Prime Minister Datuk Seri Mahathir Mohamad has ended preferential treatment for Britain and ruled that all tenders awarded to British firms must be referred to his Department — with the implication that they need double checking.

rr he criticisms of Britain made in Malay ' sia's press are repeated in conversation. Even that favourite source of journalistic information, the taxi-driver who took me to town from the airport, reproached me with Britain's obnoxious behaviour. The grievance concerns the recent big increase in British university fees for overseas students plus some lesser related annoyances: the loss of 'overseas' status with its financial benefits; the failure to warn or consult Malaysia about the fees increase; the fact that Britain does give concessions to students from rich Common Market countries like Germany.

It should be said at this point that Britain is not the only object of disapproval to the Malaysian government, which is in an assertive, nationalistic mood under its new and forthright leader Dr Mahathir. He first became famous abroad when, as Interior Minister, he threatened to open fire on Vietnamese boat people — a threat directed not at the refugees themselves but at the hypocritical Western countries who wanted Malaysia and Thailand to shelter people they would not shelter themselves. His talk about shooting on sight was meant to expose humbug.

The Malaysian government now commonly links the award of business tenders to some form of answering concession, such as an increase of traffic for the Malaysian Airways System. France lost the contract to build a bridge to Penang Island because she had turned down an application by MAS to extend its Paris traffic. The contract went instead to Korea which, now the contract is signed, has turned round and rejected MAS's request to take more passengers on its flights to Seoul. However, Japan made such a concession. And France, while stubborn about the air route, has expressed awareness of the importance of Malaysia by sending as new ambassador Madame Marie Therese de Corbie, the former ambassador in New Delhi.

The Malaysians are perhaps too ready to take offence at slights or snubs, even when coming from ignorant and obscure publications and people abroad. There was a hullabaloo a few weeks ago when something called Holidays and Customs, which is published in the United States, wrote that Malaysians live in trees — perhaps a reference to the houses on stilts. Sometimes resentment arises from misunderstandings. For instance the Guardian wrote that Malaysia's ruling on tenders to British firms was 'no isolated outburst of post-colonial pique and prejudice'. Presumably what the Guardian meant was that Dr Mahathir was not acting from pique and prejudice but the words could also be taken to mean that Malaysia has acted with pique and prejudice ever since independence, and Dr Mahathir's behaviour was not just an isolated exception. Such misunderstandings are slight compared with the genuine grievance over the university fees.

The first response of an Englishman is: what else would one expect from an English government? It comes naturally to Conservatives, as it did to Labour before them, to save money on people with no votes like Malaysian students and give it to people with votes, like British students, whose grants will shortly be revised to £70 a week.

Again, the Englishman wonders why British universities mean so much to Malaysians, who in fact form 34 per cent of all students from Commonwealth countries or British dependencies — an extraordinary figure when one compares the size of Malaysia with India, the African countries and Canada, Australia and New Zealand, not to mention the neighbouring countries of Singapore and Hong Kong. What is the big attraction of England's sociology — crazed, structuralist English-speaking universities?

The answer to that must be sought in Malaysia's politics or racial problem — which is really the same thing. As every schoolboy knows — or did know before Shirley Williams ruined our schools — Malaysia's population consists of just over half Muslim Malays, 35 per cent Chinese and about 10 per cent Indians. The Chinese and Indians were brought in by the British as labourers in the tin mines and rubber plantations, but many of them have now entered the business and professional class. Many of the Chinese are very rich.

The Malaysians have on the whole made a good job of getting along with each other in a racial mix that was not of their choos ing. They have had more success than the British themselves have had in forming a 'multi-racial society'. Political parties divide on racial rather than ideological lines; with the Malays always in power. There was one dreadful outbreak of violence, in 1969, when Malay mobs went on the rampage in Kuala Lumpur and elsewhere, looting Chinese shops and killing more than 200 people.

After the riots the government ruled for two years in a virtual state of emergency; then it launched what it called a New Economic Policy intended in fact to promote Malays in business and the professions to an equality with the Chinese. The Malays were already preponderant in the civil service, the military, the police and of course in politics. The advancement of the Malays in higher educations was central to the New Economic Policy. The five universities or colleges in the country now take from 70 per cent to 95 per cent of their students from Malays; the marking of exams is slanted against those Chinese who have managed to get a university place. The government turned down a plan for a Chinese university.

All this will be familiar to English people as what is called 'reverse discrimination' which in our case means favouring stupid or lazy West Indian children over the brighter, more diligent English or Asian children; except of course that in Malaysia the natives want to favour themselves while in England the natives want to favour the immigrants. One can sympathise with the Malays in their urge for self-preservation. This has made it hard for the Chinese to get their children the education so necessary for the family.

Almost all the 15,500 Malaysian students in Britain are Chinese, with a few Indians and fewer Malays. Since the Chinese regard education largely as an investment, parents will scrape and save and borrow at high interest rates to get their sons (and to a much lesser extent, their daughters) through college. The students are expected to repay their families by passing into professions that pay the highest salaries quickest — law, accountancy and above all medicine. A doctor in Malaysia earns two or three times as much as his English counterpart. Indeed one should not think of Malaysia as a poor, 'Third World' country. With a standard of living improving fast, it may already have overtaken England on its way down.

This makes it all the more irritating that 1 Britain should price itself out of the market in one of the few things it can still sell — education. An institution like Holborn Law Tutors, most of whose students come from Malaysia, ought to be hailed as a hero of Britain's export battle, and helped by the Government. Instead of which, Britain drives the students away and squanders the small sum saved on pampering British students or setting up adult literacy courses for people who have not been taught reading at school.

The raising of student fees has not only lost Britain much of what little respect and affection it still possesses in countries such as Malaysia. It does not make sense in monetarism, what used to be called saving money. Money spent on students is repaid 20 times when these students gain positions of power and influence. It is significant that Dr Mahathir is almost the first Malaysian politician of consequence who did not study in Britain. His deputy Datuk Musa Hitam did study in Britain, is pro-British and therefore especially upset by the British Government's folly.

The fault is the Government's, and it should be righted. The students' fees should return to the level at which they were, and Britain might make some gesture of goodwill, like sending out the Prince and Princess of Wales. But even that last idea has run into problems. The mischievous Derek Davies, editor of the Far Eastern Economic Review, has pointed out in the current issue that it was Barbara Cartland, the royal step-grandmother, who first punted the fallacy that appeared in Holidays and Customs. In the romance The Magnificent Marriage, apparently set in the 19th century, the heroine catches her 'first sight of Malaysia' (which was not so called till 1957), and later 'when they were near enough to the shore, she could see the strange houses the Malays built for themselves in the trees'.