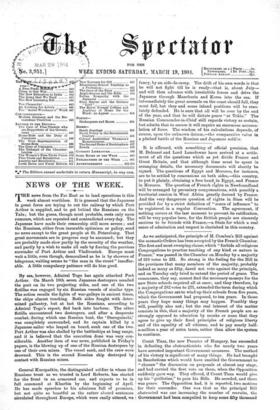 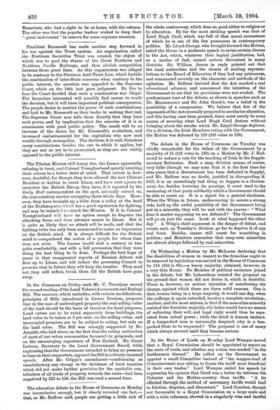 Count Tina, the new Premier of Hungary, has succeeded in

defeating the obstructionists who for nearly two years have arrested important Government measures. The method of his victory is significant of many things. He had brought in Resolutions which would have enabled the Government to " closure " the discussion on proposals at almost any stage, and had carried the first vote on them, when the Opposition suddenly gave way. They offered, if Count Tisza would give up his "guillotine," to pass his Bills. He acceded, and there was peace. The Opposition had, it is reported, two motives for their surrender. One was that as the principal Bill obstructed was one increasing the number of recruits, the Government had been compelled to keep some fifty thousand