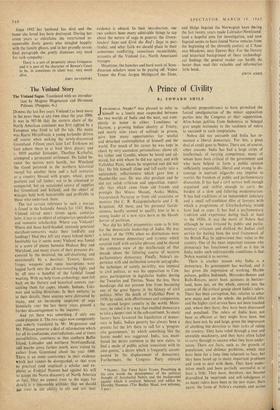 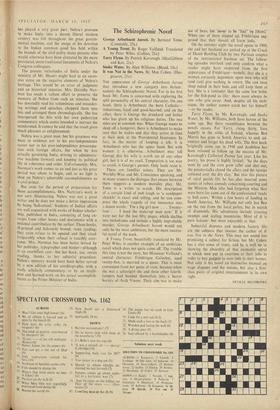 A Prince of Civility

JAWAHARLAL NEHRU* was pleased to refer to himself as a lonely man suspended between the two worlds of India and the west, not com- pletely at home in either. Loneliness at Harrow, a growing Indian identity at Trinity, and nearly nine years of solitude in prison, gave him many opportunities for wistful and detached contemplation of himself and the world. For much of his career he was kept in check by very ascendant personalities; above all, his father and Gandhi, whom he loved and ad- mired, but with whom he did not agree, and with Vallabhai Patel, whom he respected and did not like. He felt himself alone and fell easily into a melancholy reflectiveness which gave him a Hamlet-like cast. He was also petulant and he did not relish criticism and opposition, especi- ally that which came from old friends and proteges like Minoo Masani, Asoka Mehta, Jayaprakash Narayan or from old associates or mentors like C. R. Rajagopalacharia and J. B. Kripalani. All these, and his personal fastidi- ousness, hardly seemed to qualify him to be a strong leader of a new state born in the bloody horror of partition.

Nor did his leftist propensities seem to fit him for the democratic leadership of India. He was a leftist of the 1930s when no distinctions were drawn between democracy and tyranny which covered itself with socialist phrases, and he shared the common view of the intellectuals of that decade about the faltering course of western parliamentary democracy. Finally, Nehru's ex- perience with and inclination towards satyagraha, the technique of saintly incivility, was inimical to civil politics, as was his opposition to Con- gress participation in legislative bodies during the Twenties and Thirties. None the less, these handicaps did not prevent him from becoming one of the great figures in the history of civil politics. After the death of Vallabhai Patel in 1950, he ruled, with effectiveness and compassion, the second largest country in the world. More- over, he ruled it in a way that enabled democracy to take a deeper root in the sub-continent. So many factors have favoured the liquidation of democ- racy in 'India. Indian poverty has always been a pretext for the left there to call for a `progres- siVe government,' by which something like the Soviet model was suggested. India. too, mani- fested the desire common to the new states, to find a mode of public action `consistent with its own genius,' a desire which is frequently accom- panied by the displacement of democracy. Furthermore, the Congress Party enjoyed

* NEHRU : THE FIRST SIXTY YEARS. Presenting in his own words the development of the political thought of Jawaharlal Nehru and the background against which it evolved. Selected and edited- by Dorothy Norman. (The Bodley Head, two volumes. 5 gns.)

sufficient preponderance to have permitted the forced amalgamation of the minor opposition parties into the Congress or thei- suppression. Afro-Asian politics from Indonesia to Senegal give ample testimony to the readiness of rulers to succumb to such temptations.

Nehru did not succumb and India has re- mained a liberal democracy. For this, a great deal of credit goes to Nehru. There are, of course, other reasons. India has had a large corps of intellectuals of varying competence, many of whom have been critical of the government and who have helped to form a public opinion sufficiently responsible, liberal and strong to dis- courage in aspirant oligarchs any impulse to restrict the freedom of public and parliamentary discussion. It has had a civil service well enough organised and skilful enough to carry the burden of a slow and faltering modernisation. It has had traditions of an independent judiciary and a small self-confident elite of lawyers with which a programme of Gleichschaltung would have had to cope. It has had a parliamentary tradition and experience dating baCk at least to the 1920s. It was the merit of Nehru that although he was irritated by public and parlia- mentary criticism and disliked the Indian civil service for having been the steel framework of the British Raj, he appreciated their value to the country. One of the most important reasons why democracy has functioned as well as it has in India under such unfavourable conditions, is that Nehru wanted it to survive.

There is another reason why India is a democracy. Its government has worked, and it has given the impression of working. Marble palaces, golden bedsteads, Mercedes-Benzes and Rolls-Royces, secret bank accounts in Switzer- land, have not, on the whole, entered into the content of the critical gossip about India's rulers. There has been corruption, but, relative to other new states and on the whole, the political elite and the higher civil service have not been touched and, where they have, they have been disavowed and penalised. The rulers of India have not been as efficient as they might have been, but they have not, by and large, given the impression of anything but devotion to their tasks of ruling the country. They have ruled through a vast and unwieldy machinery, and they have often failed to carry through to success what they have under- taken. There are facts, such as the growth of population, and defence problems, which they have been for a long time reluctant to face, but they have faced up to many important problems and tried to deal with them. They have under- taken much and been partially successful in at least a little. They have, therefore, not become discredited by ineptitude and self-indulgence as so many rulers have been in the new states. Here again, the force of Nehru's example and action

has played a very great Part. Nehru's pressure to make India into a decent liberal modern country was felt throughout the great govern- mental machine, and the image of his devotion to the Indian common good has held within the bounds of the civil polity many persons who would otherwise have been alienated by the more provincial, more traditional lineaments of Nehru's Congress colleagues.

The present vicissitudes of India under the ministry of Mr. Shastri might lead to an exces- sive stress on the negative elements of Nehru's heritage. This would be an error of judgment and an historical injustice. Mrs. Dorothy Nor- man has made a valiant effort to preserve the memory of Nehru from such an injustice. She has devotedly read his voluminous and meander- ing writings and speeches, chopped them into bits and arranged them chronologically. She has interspersed the bits with her own pedestrian commentary which seems intended tc instruct the uninformed. It cannot be said that the result gives much pleasure or enlightenment.

Nehru was a great man, but his greatness was most in evidence not in his pre-independence career nor in his post-independence preoccupa- tion with foreign affairs, but when he was actually governing India, driving its administra- tive machine forward and keeping its political life in coherence and order. Unfortunately, Mrs. Norman's work comes to an end just as his great period was about to begin, and so no light is shed on Nehru's admirable accomplishments as a civil prince.

But even for the period of preparation for those accomplishments, Mrs. Norman's work is not very illuminating. Nehru was not a great writer and he does not make a better impression by being 'balkanised.' Students of Indian affairs are well acquainted with works of Indian scholar- ship, published in India, consisting of long ex- cerpts from other books and documents with a minimal contribution by the author. These books, ill-printed and hideously bound, resist reading; they even refuse to be opened and they crack irreparably when their refusal is forcibly over- come. Mrs. Norman has been better Served by her publisher, typographer and binder-.-although at an exorbitant cost-but her book, too, resists reading, thanks to her editorial procedure. Nehru's memory would have been better served by a new edition of his autobiography, with a really scholarly commentary, or by an intelli- gent and learned work. on his actual accomplish- ments as the Prime Minister of India.