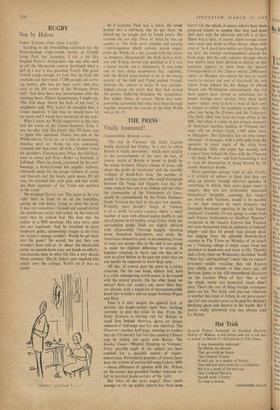 General Franco bestowed on Cardinal Herrera, Bishop of Malaga, a red biretta and not a red hat, as stated on March 2.—Correction in The Times.

It was reasonably reckoned On March the Second That we could go banco That General Franco Would say, as a matter of history, That red hats were worn for a Consistory.

But it is a mark of the new era That Cardinal Herrera Should think it better To wear a biretta.