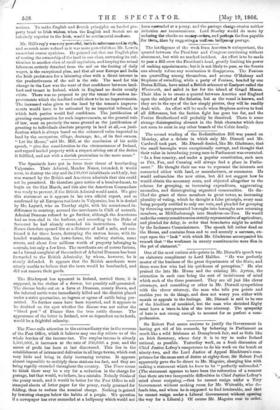 The Rind.erpest has appeared in Ireland, carried there, it is

supposed, in the clothe of a drover, but possibly self-generated. The disease broke out on a farm at Drennan, county Down, and the infected cattle were immediately killed and the district placed under a strict quarantine, no ingress or egress of cattle being per- mitted. No further cases have been reported, and it appears to be doubted on the spot whether the disease was not rather the "blood pest" of France than the true cattle disease. The appearance of the latter in Ireland, now so dependent on its herds, would be a frightful calamity.