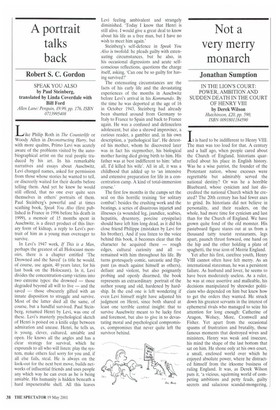 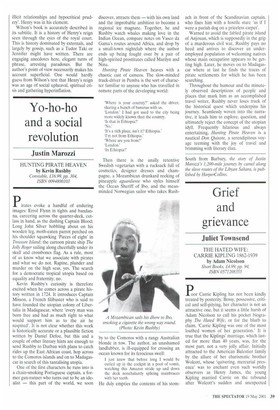 Not a very merry monarch

Jonathan Sumption IN THE LION'S COURT: POWER, AMBITION AND SUDDEN DEATH IN THE COURT OF HENRY VIII by Derek Wilson

It is hard to be indifferent to Henry VIII. The man was too loud for that. A century and a half ago, when people cared about the Church of England, historians quarrelled about his place in English history. Was he a wise patriot, the founder of the Protestant nation, whose excesses were regrettable but admirably served the national destiny? Or was he a horrible Bluebeard, whose cynicism and lust discredited the national Church which he created? The 20th century has had fewer axes to grind. Its historians did not believe in personality, and their readers, on the whole, had more time for cynicism and lust than for the Church of England. We have grown quite fond of the old monster. His pasteboard figure stares out at us from a thousand tatty tourist restaurants, legs apart, paunch thrust forward, one hand on the hip and the other holding a plate of spaghetti, the true icon of Merrie England.

Yet after his first, carefree youth, Henry VIII cannot often have felt merry. As an international statesman, he was a persistent failure. As husband and lover, he seems to have been moderately useless. As a ruler, he was at once assertive and malleable, his decisions manipulated by shrewder politicians who depended on him but knew how to get the orders they wanted. He struck down his greatest servants in the interest of ephemeral rivals who managed to seize his attention for long enough: Catherine of Aragon, Wolsey, More, Cromwell and Fisher. Yet apart from the occasional spasms of frustration and brutality, those famous moments that destroyed wives and ministers, Henry was weak and insecure, his mind the shape of the last bottom that sat on him. He shone only at his own court, a small, enclosed world over which he enjoyed absolute power, where he distracted himself from the irksome business of ruling England. It was, as Derek Wilson puts it, 'a vicious, squirming world of competing ambitions and petty feuds, guilty secrets and salacious scandal-mongering,

illicit relationships and hypocritical prudery'. Henry was in his element.

Wilson's book is accurately described in its subtitle. It is a history of Henry's reign seen through the eyes of the royal court. This is history dominated by externals, and largely by gossip, such as a Tudor Taki or Jennifer might have written. There are engaging anecdotes here, elegant turns of phrase, arresting paradoxes. But the author's point of view necessarily makes his account superficial. One would hardly guess from Wilson's text that Henry's reign was an age of social upheaval, spiritual crisis and gathering hyperinflation.