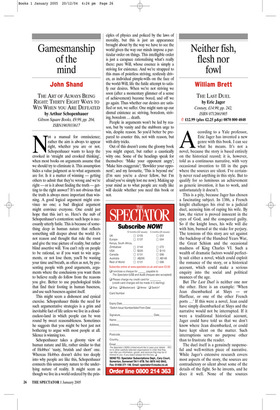 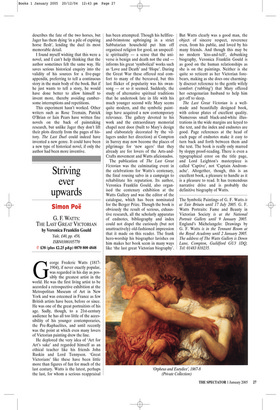 Neither fish, flesh nor fowl

THE LAST DUEL by Eric Jager Century, £14.99, pp. 242, ISBN 0712661905 ® £12.99 (plus £2.25 p&p) 0870 800 4848 According to a Yale professor, Eric Jager has invented a new genre with this book. I can see what he means. It’s not a novel, because the story is based entirely on the historical record; it is, however, told as a continuous narrative, with very occasional invention to fill in the gaps where the sources are silent. I’ve certainly never read anything in this style. But to qualify for so luminous an achievement as generic invention, it has to work, and unfortunately it doesn’t.

This is a pity, because Jager has chosen a fascinating subject. In 1386, a French knight challenges his rival to a judicial duel, accusing him of raping his wife. By law, the victor is proved innocent in the eyes of God, and the conquered guilty. So if the knight loses, his wife will die with him, burned at the stake for perjury. The tensions of this story are set against the backdrop of the Hundred Years War, the Great Schism and the occasional madness of King Charles VI. Such a wealth of dramatic factors would perfectly suit either a novel, which could exploit the romance of the story, or a historical account, which could make a serious enquiry into the social and political nuances of the age.

The duel itself is a genuinely suspenseful and well-written piece of narrative. While Jager’s extensive research covers most aspects of the story, the sources are contradictory or silent about some of the details of the fight. So he invents, and he does it well. None of the sources describes the fate of the two horses, but Jager has them dying ‘in a pile of expiring horse flesh’, lending the duel its most memorable detail.

I found myself wishing that this were a novel, and I can’t help thinking that the author sometimes felt the same way. He saves serious historical enquiry into the validity of his sources for a five-page appendix, preferring to tell a continuous story in the main body of the book. But if he just wants to tell a story, he would have done better to allow himself to invent more, thereby avoiding cumbersome interruptions and repetitions.

This experiment hasn’t worked. Other writers such as Rose Tremain, Patrick O’Brian or Iain Pears have written fine novels on the back of painstaking research, but unlike Jager they don’t lift their plots directly from the pages of history. The Last Duel could indeed have invented a new genre. It could have been a new type of historical novel, if only the author had been more inventive.