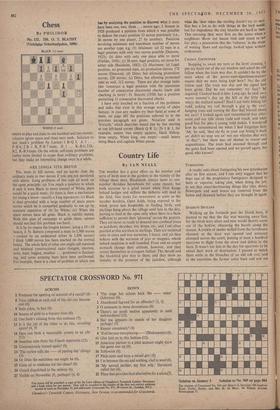 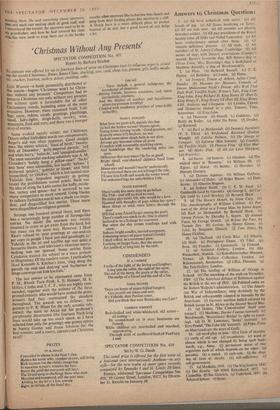 Walking up the footpath past the Dutch barn, it seemed to me that the day was wearing away fast, for the birch' were silent and mist would shortly come out 'of the 'hollow, obscuring the hazels along the stream. A trickle of smoke welled from the farmhouse chimney as the door was opened and someone clumped across the court, putting at least a hundred sparrows to flight from the straw and debris in the barn. It wasn't too late in the day for sparrows to be about their work of destruction. I paused to watch them settle in the branches of an old ash tree; and in the meantime the farmer came back and saw me

Watching them. He said something about sparrows, Mice and stack rats making chaff of good stuff, and I remembered the trouble the sparrows used to be ro IV grandfather, and how he had covered his ricks With:fine wire mesh to keep them out in the harder

months when sparrows'like to burrow into thatch and peep from their feeding places like martins in a cliff. A Dutch barn is a more difficult place to protect because of its size, but a good brood of cats helps a lot.