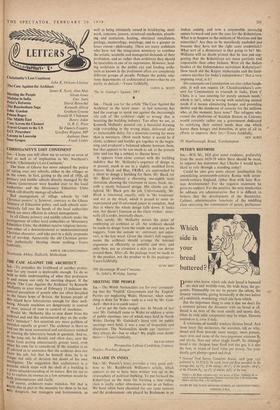 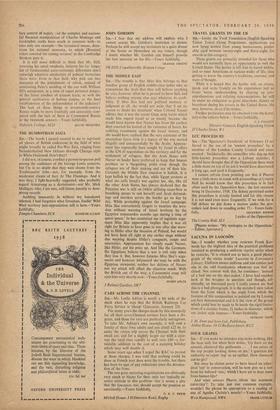 Sta,--Will Mr. Hill- give some evidence, preferably from the years 1629-39 when there should be most, to support his statement that Charles I would have liked to rule through a standing army?

Could he also give some clearer justification for assimilating seventeenth-century Russia with seven- teenth-century England, rather than with later Rus- sian development? For the negative statement he gives no support; For the positive, the only similarities he adduces are administrative. But it is difficult to believe that the development of the Secretariat, Cabinet, administrative functions of the middling class operating the commission of peace, parliamen- tary control of supply Lnd the complex and success- ful financial manipulation of Charles Montagu and Godolphin really have much in common with—to take only one example—'the tyrannical means, disas- trous for national economy, to which [Russian] rulers resorted for raising revenue' as the Cambridge Modern puts it.

It is still more difficult to think that. Mr. Hill, reversing his usual emphasis, believes his far longer list of fundamental socio-economic differences don't outweigh whatever similarities of judicial barbarism there were. Even in that field, why pick out two instances of the punishment of rebels, instead of contrasting Peter's wielding of the axe with William Ill's acceptance, at a time of equal personal danger, of the fairer conduct of treason trials, or with the general application of habeas corpus, or the final establishment of the independence of the judiciary? The lack of these things in seventeenth-century Russia might be more fruitfully and accurately com- pared with the lack of them in Communist Russia in the twentieth century.—Yours faithfully,