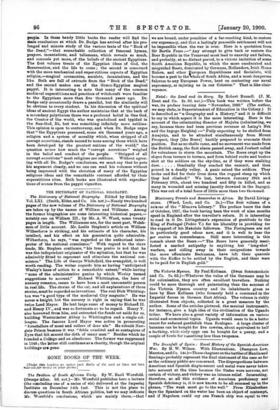 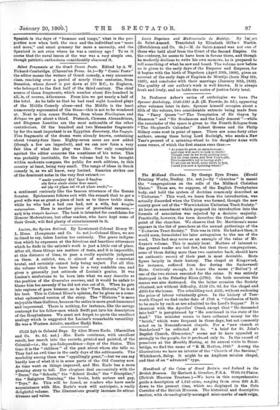 Page 24, 20 January 1900 — The Downfall of Spain : Naval History of the Spanish-American
Close

The Downfall of Spain : Naval History of the Spanish-American

War. By H. W. Wilson. With Illustrations. (Sampson Low, Marston, and Co. 14s.)—These chapters on the battles of Manila and Santiago probably represent the final statement of the case as far as the ordinary public are concerned. The disproportions between American and Spanish displacement and metal were never taken into account at the time because the States were nervous, not certain of victory, and victory was an intense relief. Interesting; therefore, as , all this evidence of American proficiency and Spanish deficiency is, it is now known to be all summed up in the phrase, "The weak must go to the wall." From Elizabethan days the Spaniard on the water has been an object of contempt, and if Napoleon could say one French ship was equal to two Spanish in the days of " hammer and tongs," what is the pro- portion now when both the race and the individual are "more and more," and exact gunnery far more a necessity, and the Spaniard is not even where he was a century ago ? To us it seems that the naval lesson of the war was a very simple one, though patriotic enthusiasm considerably obscured it.