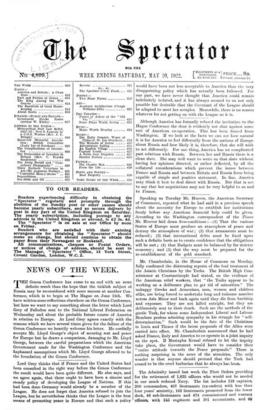 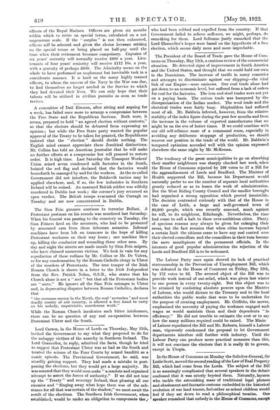 Page 1, 20 May 1922 — The Admiralty issued last week the Fleet Orders providing for
Close

The Admiralty issued last week the Fleet Orders providing for

the retirement of 1,835 officers who would not be needed in our much reduced Navy. The list includes 119 captains, 200 commanders, 407 lieutenants (ex-cadets) with less than four years' seniority, 183 lieutenants promoted from the lower deck, 46 sub-lieutenants and 474 commissioned and warrant officers, with 245 engineers and 101 accountants. and 60 officers of the Royal Marines. Officers are given six months within which to retire on special terms, calculated on a not ungenerous scale. If the " surplus " is not then exhausted, officers will be selected- and given the choice between retiring on the special terms or being placed on half-pay until the time when their retirement becomes compulsory. Captains of six years' seniority will normally receive £800 a year. Lieu- tenants of four years' seniority will receive £112 10s. a year, with a gratuity of, perhaps £600. The Admiralty seems on the whole to have performed an unpleasant but inevitable task in a considerate manner. It is hard on the many highly trained officers, to whom the success of the Navy in the War was due, to find themselves no longer needed in the Service to which they had devoted their lives. We can only hope that their talents will be utilized in civilian pursuits as soon as trade revives.