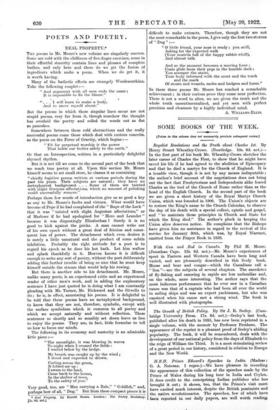 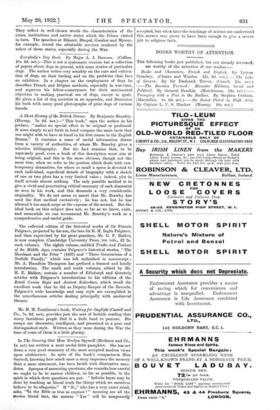 Natesan. 1 rupee.)—We have pleasure in recording the appearance of this collection of the speeches made by the Prince of Wales during his long tour in India and Ceylon. It does credit to the enterprising Indian publisher who has brought it out ; it shows, too, that the Prince's visit must have excited much interest, despite the British pessimists and the native revolutionaries. The speeches, few of which have been reported in our daily papers, are well worth reading. They reflect in well-chosen words the characteristics of the cities, institutions and native states which the Prince visited in turn. The speeches at Bikanir, Bhopal, Gwalior and Mysore, for example, record the admirable services rendered by the rulers of those states, especially during the War.