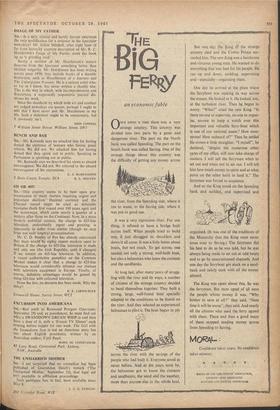 Su ,—This country seems to be bent upon pro- crastination in' many matters requiring urgent and important deciSion. Decimal currency and the Channel tunnel might be cited as debatable examples (both first voiced over 100 years ago); and the motorways, Which came nearly a quarter of a century after thoSe on the Continent. Now, in a more modern techniCal context, the change to 625-line television, undoubtedly irgent and pressing, is apparently to suffer from similar (though we may hope not such lengthy) procrastination.

None the less, no decision. has been made. Why the delay?