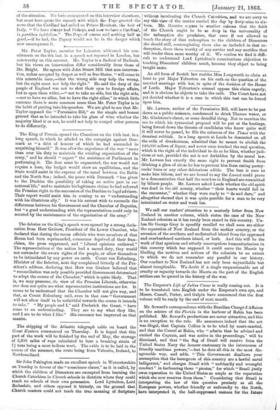 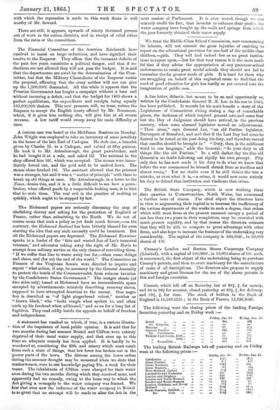 Page 2, 21 January 1865 — Mr. Seward's correspondence with the Brazilian Charg4 d'Affaires on the
Close

Mr. Seward's correspondence with the Brazilian Charg4 d'Affaires on the

seizure of the Florida in the harbour of Bahia has been published. Mr. Seward's productions are never attractive, and this is no exception to the rule. He announces indeed that the act was illegal, that Captain Collins is to be tried by court-martial, and that the Consul at Bahia, who "admits that he advised and excited the Captain, and was active in the proceedings," will be dismissed, and that "the flag of Brazil will receive from the United States Navy the honour customary in the intercourse of friendly maritime powers,"—but he does all this in the most dis- agreeable way, and adds, "This Government disallows your assumption that the insurgents of this country are a lawful naval belligerent," and charges Brazil with "unfriendly and wrongful conduct" in harbouring these "pirates," for which "Brazil justly owes reparation to the United States as ample as the reparation which she now receives from them." Considering that Brazil is interpreting the law of this question precisely as all the European powers, whether friendly or unfriendly to the North, have interpreted it, the half-suppressed menace for the future with which the reparation is made to this weak State is well worthy of Mr. Seward.