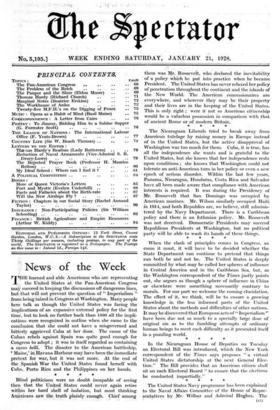 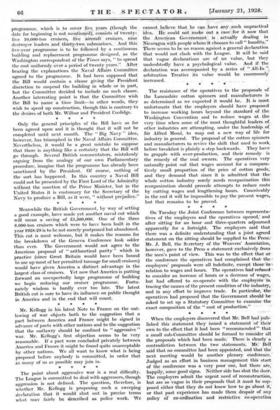 Page 1, 21 January 1928 — The United States Navy programme has been explained to the
Close

The United States Navy programme has been explained to the

Naval Affairs Committee of the House of Repre- sentatives by Mr. Wilbur and Admiral Hughes. The programme, which is to cover five years (though the date for beginning is not mentioned); consists of twenty- five 10,000-ton cruisers, five aircraft cruisers, nine destroyer leaders and thirty-two submarines.. And this five-year programme is to be followed by a continuous building and replacement programme designed, as the Washington correspondent of the Times says, "to spread the cost Uniformly oier a period of twenty years.". After hearing the explanations the Naval Affairs Committee agreed to the programme. It had been supposed that the Bill would contain a clause giving the President discretion to suspend the building in whole or in part, but the Committee decided to include no such clause. Another interesting point is that the Committee wish the Bill to name a time limit—in other words, they wish to speed up construction, though this is contrary to the desires of both Mr. Wilbur and President Coolidge.