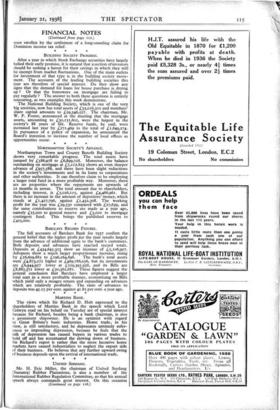 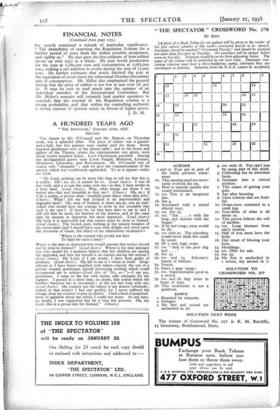 Mr. H. Eric Miller, the chairman of United Serdang (Sumatra) Rubber Plantations, is also a member of the International Rubber Regulation Committee, so that his annual speech always commands great interest. On this occasion

the speech contained a remark of particular significance. " The desirability of renewing the Regulation Scheme for a further period of years finds the widest possible acceptance, and rightly so." He also gave the first estimate of how rubber shows up over 1937 as a whole. He puts world production for the year at 1,16o,000 tons and consumption at 1,085,000 tons, making a net addition to stocks during the year of 75,000 tons. He further estimates that stocks finished the year at the equivalent of seven times the subnormal October-December rate of consumption. Mr. Miller also emphasised the general feeling that the price of rubber is too low at just over 7d. per lb. It may be rash to read much into the opinion of an individual member of the International Committee. But Mr. Miller's remarks will certainly lead market operators to conclude that the renewal of the Regulation scheme is a strong probability, and that within the controlling authority a strong current of opinion exists in favour of higher prices.