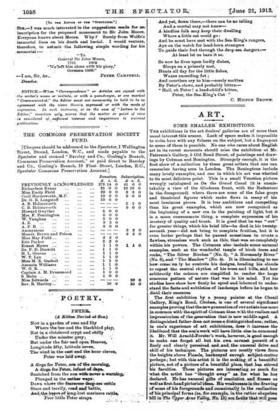 NOT in a garden of rose and lily Where the bee and the blackbird play, Not in a cloistered crypt and:chilly Under the minster grey;

The wind in the eaet•and the hour eleven, Peter was laid away.

Poor little Peter strays. And yet, down there,—tbere can be no .telling

And a mortal may not know—

A kindlier folk may keep their dwelling Where a little cat could go:

And he must have met with the Sea-King's rangers, Aye on the watch for land-born strangers

To guide their feet through the deep-sea dangers:— At least let us have it so.