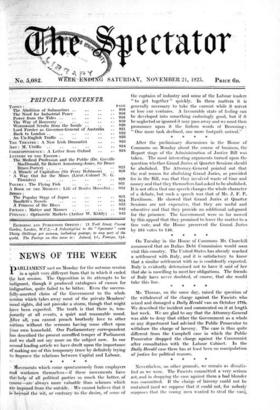 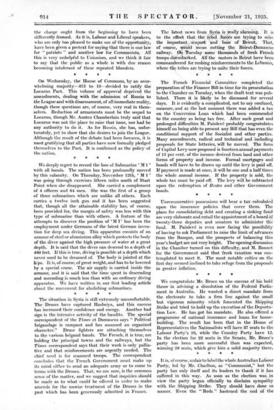 • Nevertheless, on other grounds, we remain as dissatis- fied

as we were. The Fascists committed a very serious act, and in dropping the case against them a bad blunder was committed. If the charge of larceny could not be Sustained (and we suppose that •it could- not; for nobody supposes that the -young_ men wanted to steal the van); the charge ought from the beginning to have been differently framed. As it is, Labour and Liberal speakers, who are only too pleased to make use of the opportunity, have been given a pretext for saying that there is one law for " patriots " and another law for Communists. All this is very unhelpful to Unionism, and we think it fair to say that the public as a whole is with due reason becoming intolerant of these repeated blunders.