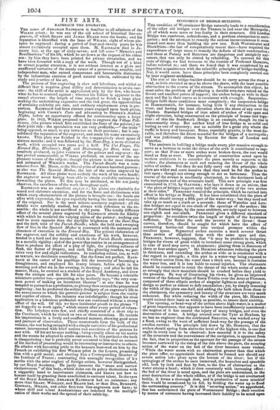 THE name of ABRAHAM RAIMBACH is familiar to all admirers of the WILKIE prints : he was one of the old school of historical line-en-

gravers, of which SHARP and JAMES HEATH were the heads; and his reputation is identified with the fame of WILKIE, eight of whose pic- tures he engraved : daring a period of four-and-twenty years he was almost exclusively occupied upon them. M. RAIMBACH died in Ja- nuary last, at the age of sixty-seven; and left some " Memoirs and Recollections " of his life, which he set down at the request of his eldest son : by him they have been printed for private circulation, and we