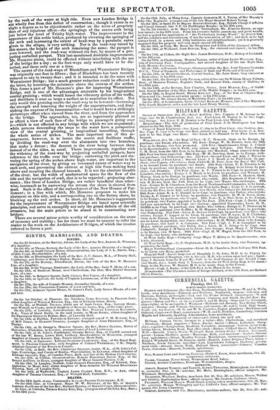 Hospital Staff —Assistaluspector of Hospitals C. St. John. M.D. to be Deputy In- spector-General of Hospitals, vice A. Steuart, M.D. who retires upon half•pay ; Assist.- Sorg. J. Stewart, from the Royal Mil. Coll. to be Staff Surgeon of the Second Class, vice Steath, dee.; Assist.-Surg J. Touuere, from the 3d West India Regt. to be Assist.. Surg. to the Forces; W. Barrett, M.D. to be Assist. Surg. to the Forces. Brevet—Capt. J. Burke, of the 7itb Foot, to be Major in the Army.