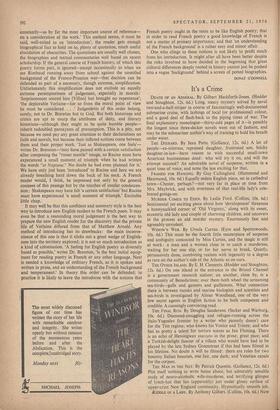 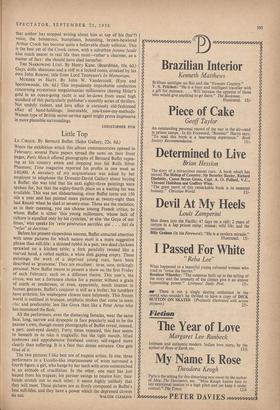 THE MAN IN THE NET. By Patrick Quentin. (Gollancz, 12s.

6d.) Plot itself nothing to write home about, but admirably sensible study of neuro-alcoholic wife-murderee, and terrifying glimpse of lynch-lust that lies (apparently) just under glossy surface of upper-crust New England community. Hypnotically smooth job.

RIDDLE OF A LADY. By Anthony Gilbert. (Collins, 10s. 6d.) Now that author has stopped writing about him at top of his (her?) voice, the boisterous, bumptious, bounding, brown-bowlered Arthur Crook has become quite a believable shady solicitor. This is the best yet of the Crook canon, with a suburban femme fatale also much nearer to real life than most—rather a charmer, as a matter of fact : she should have died hereafter.