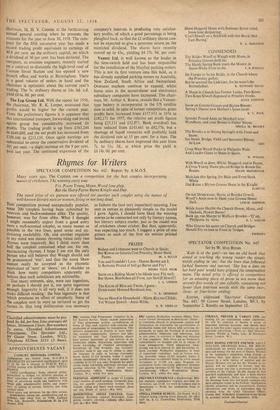 'Kate is at the gate'—so ran an old book that

aimed at teaching the young reader the simple words ending in 'ate,' but the lines that followed lacked humour and interest. 'She has a date on her bald pate' would have gripped the imagination more. The usual prize is offered to competitors for an amusing piece of prose in not more than seventy-five words of one syllable, containing not fewer than fourteen words With the same two-, three- or four-letter ending.