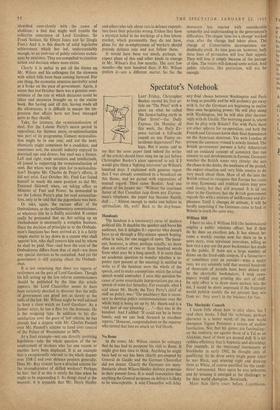 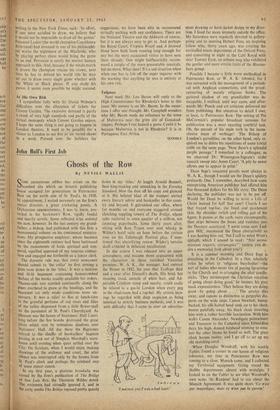 I know little about how to play chess, but I read chess books. I find the technique, perhaps character is a better word, of the new world champion Tigran Petrosian a source of endless fascination. Not that his games are fascinating: on the contrary, set against those of a Tal or an Alekhinc, most of them are darned dull. It is his ruthless efficiency that is hypnotic and disturbing. For example, in the interzonal tournament at Stockholm in early 1962, he thought only of qualifying. So he drew every single game when he was Black, and winning eight and drawing three as White, of course qualified for the candi- dates' tonrnament. Here again he was unbeaten, and by winning it emerged as the challenger to the then world champion, Botwinnik.

More than thirty years before, Capablanca,

writing in the New York Times, said: 'In effect, if one were satisfied to draw, we believe that it would not be impossible to draw all the games.' Emanuel Lasker (the world champion Capablanca dethroned) had invented in one of his philosophi- cal works the nightmare of the Machelde, who by playing perfect chess would bring the game to an end. Petrosian is surely the nearest human approach to this. And, because if the whole match is drawn the champion retains his crown, next time he has to defend his world title' he may set out to draw every single game whether with the White [ or Black pieces. If you study his games it seems even possible he might succeed.