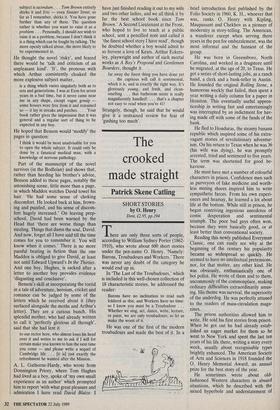 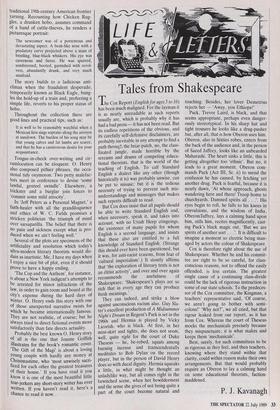 The crooked made straight

There are only three sorts of people, according to William Sydney Porter (1862- 1910), who wrote about 600 short stories under the pen-name 0. Henry. 'Namely: Barons, Troubadours and Workers.' There was never any doubt of the category he would end up in.

In 'The Last of the Troubadours,' which is included in this well-chosen collection of 18 characteristic stories, he addressed the reader:

Barons have no inclination to read such folderol as this; and Workers have no time: so I know you must be a Troubadour . . . Whether we sing, act, dance, write, lecture, or paint, we are only troubadours; so let us make the worst of it.

He was one of the first of the modern troubadours and made the best of it. In a brief introduction first published by the Folio Society in 1960, K. H., whoever that was, ranks 0. Henry with Kipling, Maupassant and Chekhov as a pioneer of modernity in story-telling. The American, a wanderer except when serving three years in the pen for embezzlement, was the most informal and the funniest of the group.

He was born in Greensboro, North Carolina, and worked in a drugstore until he migrated, at the age of 20, to Texas. He got a series of short-lasting jobs, as a ranch hand, a clerk and a bank-teller in Austin. He founded the original Rolling Stone, a humorous weekly that failed, then spent a year writing a daily column for a paper in Houston. This eventually useful appren- ticeship in writing fast and entertainingly was interrupted by an indictment for hav- ing made off with some of the funds of the bank.

He fled to Honduras, the steamy banana republic which inspired some of his extra- vagant stories of revolutionary adventur- ism. On his return to Texas when he was 36 (his wife was dying), he was promptly arrested, tried and sentenced to five years. The term was shortened for good be- haviour.

He must have met a number of colourful characters in prison. Confidence men such as purveyors of fake medicine and worth- less mining shares inspired him to write sympathetic farces. From his own experi- ences and hearsay, he learned a lot about life at the bottom. While still in prison, he began contriving ingenious anecdotes of comic desperation and sentimental triumph. The poor bad guys often won, because they were basically good, or at least better than conventional society.

Reading this newly published Everyman Classic, one can easily see why at the beginning of the century his popularity became so widespread so quickly. He seemed to have no intellectual pretensions, nor, for that matter, any other kind. He was obviously, enthusiastically one of hoi polloi. He wrote of them and to them, uncommonly of the commonplace, making ordinary difficulties extraordinarily amus- ing. His theme was survival, the superiority of the underdog. He was perfectly attuned to the readers of mass-circulation maga- zines.

The prison authorities allowed him to write. He sold his first stories from prison. When he got out he had already estab- lished an eager market for them so he went to New York and spent the last ten years of his life there, writing a story every week, usually about recognisable types brightly enhanced. The American Society of Arts and Sciences in 1918 founded the 0. Henry Memorial Award, an annual prize for the best story of the year.

He sometimes wrote about old- fashioned Western characters in absurd situations, which he described with the mixed hyperbole and understatement of

traditional 19th-century American frontier yarning. Recounting how Chicken Rug- gles, a drunken hobo, assumes command of a band of cattle-thieves, he renders a picturesque portrait: The newcomer was of a portentous and devastating aspect. A beak-like nose with a predatory curve projected above a mass of bristling, blue-black whiskers. His eye was cavernous and fierce. He was spurred, sombreroed, booted, garnished with revol- vers, abundantly drunk, and very much unafraid.

The story builds to a ludicrous anti- climax when the fraudulent desperado, temporarily known as Black Eagle, bung- les the hold-up of a train and, preferring a simple life, reverts to his proper status of hobo.

Throughout the collection there are good lines and practical tips, such as:

It is well to be reasonably watchful when a Mexican lion sings soprano along the arroyos at sundown. The burden of his song may be that young calves and fat lambs are scarce, and that he has a carnivorous desire for your acquaintance.

In `Jeff Peters as a Personal Magnet,' a faith-healer with all the grandiloquence and ethics of W. C. Fields promises a stricken politician 'the triumph of mind over sarsaparilla. The belief that there is no pain and sickness except what is pro- duced when we ain't feeling well.'

Several of the plots are specimens of the artificiality and resolution which today's ultra-modern literary theorists would dis- dain as inartistic. Me, I have my days when I enjoy a nice bit of plot, even if it should prove to have a happy ending. `The Cop and the Anthem', for instance, is about a New York indigent's attempts to be arrested for minor infractions of the law, in order to gain room and board at the city's expense during the hard days of winter. 0. Henry ends this story with one of those unexpected narrative twists for which he became internationally famous. They are not realistic, of course; but he always tried to direct fictional events more satisfactorily than fate directs actuality.

Probably the best known 0. Henry story 0. f all is the one that Joanne Griffith Illustrates for the book's romantic cover. 'The Gift of the Magi' is about a loving Young couple with hardly any money at Christmastime, who 'most unwisely sacri- ficed for each other the greatest treasures of their house.' If you have read it you know it is one of the most beautiful little tear-jerkers any short-story writer has ever written. If you haven't read it, here's a chance to read it now.