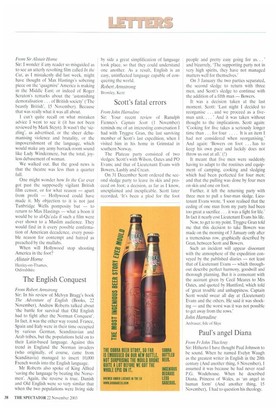 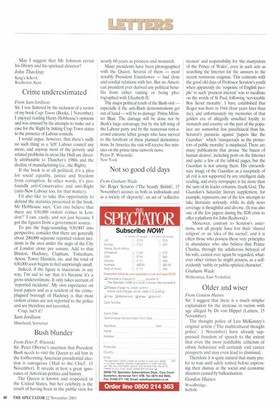 From Fr John Thackray Sir: Hitherto I have thought Paul Johnson to be sound. When he named Evelyn Waugh as the greatest writer in English in the 20th century (And another thing, 8 November), I assumed it was because he had never read P.G. Wodehouse. When he described Diana. Princess of Wales, as 'an angel in human form' (And another thing, 15 November), I had to question his theology.

May I suggest that Mr Johnson revisit his library and his spiritual director? John Thackray