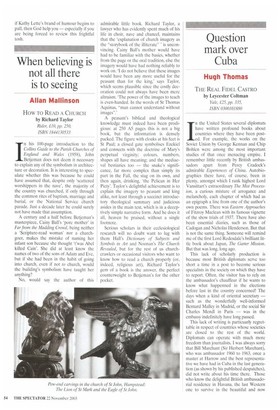 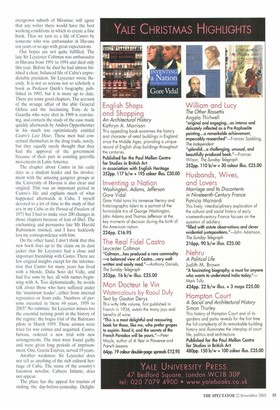 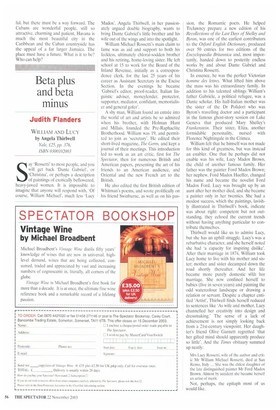 In the United States several diplomats have written profound books about countries where they have been posted. For example, the works on the Soviet Union by George Kennan and Chip Bohlen were among the most important studies of that once menacing empire. I remember little recently by British ambassadors apart from Percy Cradock's admirable Experiences of China. Autobiographies there have, of course, been in plenty, amongst which I rank highest Lord Vansittart's extraordinary The Mist Procession, a curious mixture of arrogance and melancholy, each chapter of which had as an epigraph a line from one of the author's own poems. There was Eastern Approaches of Fitzroy Maclean with its famous vignette of the show trials of 1937. There have also been essential diaries, such as those of Cadogan and Nicholas Henderson. But that is not the same thing. Someone will remind me of the first Lord Redesdale's brilliant little book about Japan, The Garter Mission. But that was long, long ago.

This lack of scholarly production is because most British diplomats serve too short a time in a post to become serious specialists in the society on which they have to report. Often, the visitor has to rely on the ambassador's chauffeur if he wants to know what happenned in the elections before last in the country concerned! The days when a kind of oriental secretary — such as the wonderfully well-informed Bernard Malley in Madrid, or the social Sir Charles Mendl in Paris — was in the embassy indefinitely have long passed.

This lack of writing is particuarly regrettable in respect of countries whose societies are closed to the rest of the world. Diplomats can operate with much more freedom than journalists. I was always sorry that Bill Marchant (Sir Herbert Marchant), who was ambassador 1960 to 1963, once a master at Harrow and the best representative we have had in Cuba in the last generation (as shown by his published despatches), did not write about his time there. Those who know the delightful British ambassadorial residence in Havana, the last Western one to survive in the beautiful and now overgrown suburb of Miramar, will agree that any writer there would have the best working conditions in which to create a fine book. Thus we turn to a life of Castro by someone who was ambassador in Havana ten years or so ago with great expectations.

Our hopes are not quite fulfilled. The late Sir Leycester Coltman was ambassador in Havana from 1991 to 1994 and died only this year. Before he died he had almost finished a clear, balanced life of Cuba's unpredictable president. Sir Leycester wrote fluently. It is not so serious nor so scholarly a book as Profesor Quirk's biography, published in 1993, but it is more up to date. There are some good chapters. The account of the strange affair of the able General Ochoa and the fascinating Tony de la Guardia who were shot in 1989 is convincing, and corrects the study of the case made quickly afterwards by Andres Oppenheimer in his much too optimistically entitled Castro's Last Hour. These men had concerned themselves in the drug trade, surely, but they equally surely thought that they had the approval of the government because of their part in assisting guerrilla movements in Latin America.

The chapter about Castro in his early days as a student leader and his involvement with the amazing gangster groups at the University of Havana is also clear and original. This was an important period in Castro's life and explains much of what happened afterwards in Cuba. I myself devoted to a lot of time to the study of that era in my Cuba or the Pursuit of Freedom of 1971 but I had to make over 200 changes in those chapters because of fear of libel, The enchanting and persuasive late Mr Harold Rubinstein insisted, and I have fecklessly lost my correspondence with him.

On the other hand, I don't think that this new book lives up to the claim on its dust jacket that Sir Leycester had a close and important friendship with Castro. There are few original insights except for the information that Castro for many years has lived with a blonde. Dalia Soto del Valle, and had five sons by her, all with names beginning with A. Too diplomatically, he avoids talk about those who have suffered under the 'maximum leader', either from internal repression or from exile. Numbers of persons executed in these 44 years, 1959 to 2003? No estimate. Sir Leycester misses too the essential turning point in the history of the regime: the bogus trial of the Batistano pilots in March 1959. These airmen were tried for war crimes and acquitted. Castro, furious, ordered a new trial with new arrangements. The men were found guilty and were given long periods of imprisonment. One, Garcia Estevez, served 19 years.

Another weakness: Sir Leycester does not tell us anything of the rich cultural heritage of Cuba. The name of the country's foremost novelist, Cabrere Infante, does not appear.

The place has the appeal for tourists of visiting the day-before-yesterday. Delight ful, but there must be a way forward. The Cubans are wonderful people, still so attractive, charming and patient, Havana is much the most beautiful city in the Caribbean and the Cuban countryside has the appeal of a far larger Jamaica. The place must have a future. What is it to be? Who can help?