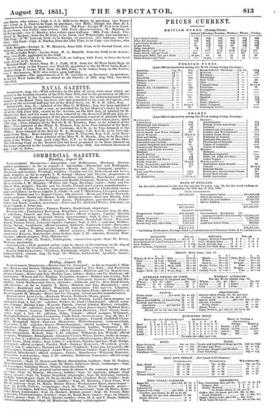 ADMIRALTY, Aug. 15.-With reference to the plan of naval retirement which ap- peared in the London Gazette of the 27th June 1851, and to the promotion of officers which appeared in the London Gazette of the 1st inst. the undermentioned Com- mander in the Royal Navy has been this day promoted to the rank of Captain, and placed on the reserved half-pay list of the Royal Navy, viz. W. E. H. Allen, Esq.