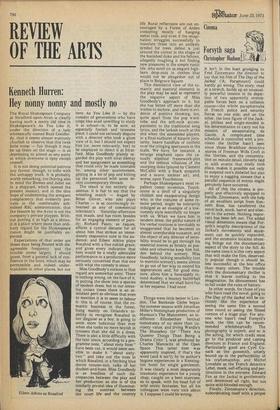 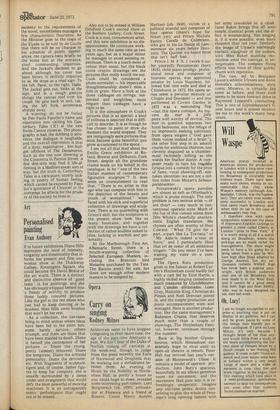 It isn't in the least grudging to Fred Zinnemann the director to say that his film of The Day of the Jackal ('A; Paramount) could hardly go wrong. The story, read at a stretch, builds up an unusually powerful tension in its depiction of two apparently unstoppable forces bent on a collision course—the whole paraphernalia of French police and security forces on one side; and on the other, the lone figure of the Jackal, pitiless and single-minded in his determination to carry out his mission of assassinating de Gaulle. A complicated time schedule is controlled with a precision the thriller hasn't seen since those Bradshaw detective stories of Freeman Wills Croft in the 'thirties, and the concentration on minute detail, cleverly tied in with events that really took place, makes it possible not only to suspend one's disbelief but also to enjoy a nagging unease that a parallel sequence of events might genuinely have occurred.

All of this the cinema is properly and effectively equipped to handle. Zinnemann, with the help of an excellent script from Kenneth Ross, has tansferred the novel lock, stock, barrel and silencer to the screen. Nothing important has been left out. The added visual dimension means that Forsyth's lengthy descriptions of the Jackal's movements and equipment can be quickly expanded, and the extensive location shooting brings out the documentary aspect of the story to the full. At the same time it is this very aspect that will make the film, deservedly popular though it should be, less successful at the box office than many others. The trouble with the documentary thriller is that it leaves nothing to the imagination. Its denouement has to fall under the rules of history.

In other words, for those of you who have read the novel, going to The Day of the Jackal will be curiously like the experience of seeing the same film a second time round or seeing the filmed version of a stage play. For anyone who hasn't read Forsyth's book, the film can be recommended wholeheartedly. The photography is superb, and so is the acting, for which credit must go to the producer and casting directors in France and England. Particularly good are Cyril Cusack as the gunsmith, utterly bound up in the perfectibility of his craftsmanship, and Michel Lonsdale as the French detective Lebel, meek, self-effacing and pertinacious in the extreme. Edward Fox as the Jackal is gentlemanly and detemined all right, but not quite cold-blooded enough.

Finally, Zinnemann's direction, subordinating itself with a proper

modesty to the requirements of the novel, nevertheless manages a few characteristic flourishes. As the Minister goes to the steps of the Elysee to be told by de Gaulle that there will be no changes in his schedule of public appearances, the camera rests briefly on the stone lion at the entrance, aloof, commanding, imperious. And the Jackal's decision to go ahead although his cover has been blown is skilfully imparted to us. He stops at a road sign. To the left, Paris; to the right, Italie. The Jackal gets out, looks at the sign, and in a rough gesture shrugs the canvas roof over his coupe. He gets back in and, taking the left fork, accelerates sharply away. A warning: do not be fooled by Pier Paolo Pasolini's name and reputation into visiting his Canterbury Tales ('X') at the new Swiss Centre cinemas. The photography is bad, the dubbing is atrocious, the dialogue is laughable, and the overall impression is that of a dirty, exploitative , low-budget offshoot of The Decameron,

such as the one now showing at the Cinecenta in Panton Street. A few dim-wits may find it life-af firming in a Mediterranean sort of way, but the truth is, Canterbury Tales is a caricature, utterly lack ing in poetry of human feeling, which cannot be excused by Pasolini's ignorance of Chaucer or the contempt he affects for the prudery of the society he lives in.