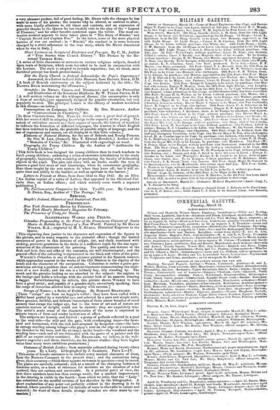 Unattached-Lieut. B. Brown, from the 73a Foot, to be Ca; t. without purchase. Brevet-Capt. G. Jackson, of the 64th Foot, to be Major its the Army.

Memorandum-The commission of Lieut. R. Hawkes, in the 4th Foot, has been dated 8th July 1837, in order to place him in his origival position iu that corps. Orrice or Oaosisuce, March 21.-Ordnance Medical Department-Aseis1.-Surg..J. E. T. Parrett to be Surg.