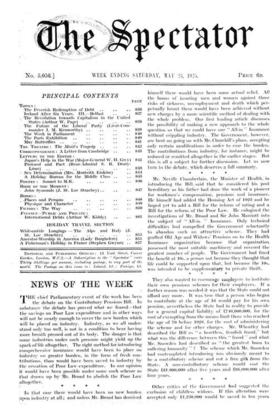 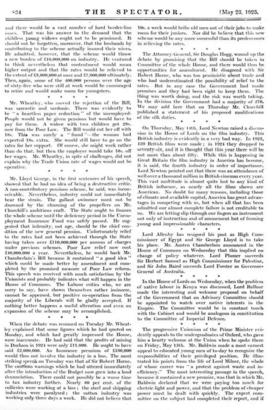 Page 1, 23 May 1925 — Other critics of the Government had suggested the exclusion of
Close

Other critics of the Government had suggested the exclusion of

childless widows. If this alteration were accepted only £1,250;000 would be saved in ten years and there would be a vast number of hard border-line eases. That was his answer to the demand that the childless young widows ought not to be pensioned. It should not be forgotten, moreover, that the husbands by contributing to the scheme actually insured their wives. He admitted, however, that the scheme would throw a new burden of £10,000,000 on industry. He ventured to think nevertheless that contentment would mean higher output and that the rates would be relieved to the extent of £3,000,000 at once and £7,000,000 ultimately. Then, again, some of the 400,000 persons over the age of sixty-five who were still at work would be encouraged to retire and would make room for youngsters.