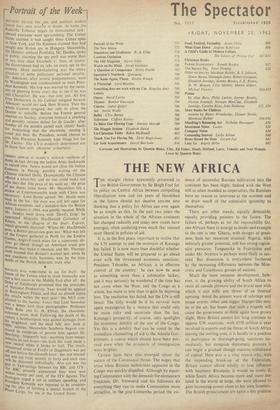 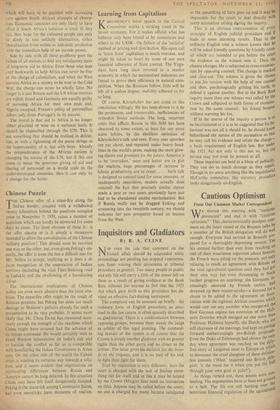 It is, in the first place, important-to realise that ness, finds her resources strained; Nigeria, with Certain facts have also emerged about the of capital. Here also is a vital reason why, with which will have to be guarded with increasing care against South African attempts at absorp- tion. Economic sanctions are only likely to have effect if South Africa's isolation is total. If they fail, then hope for the coloured people can only lie' dimly in two unlikely alternatives, either liberalisation from within or full-scale revolution ' With the immediate help of an outside power.

Side by side with all these problems goes the failure of all nations to find any satisfactory basis of long-term aid to Africa. Even those who lean over backwards to help Africa can never be free of the charge of colonialism, and when the West pursues Africa as a victory to be won in the Cold War, the charge can never be wholly false. No longer is it just Britain and the US whose motives are soiled; Israel and Germany are equally guilty of pursuing Africa for their own ends and, Algeria excepted, France's policy of paternalism differs only from Portugal's in its success.

The moral is that aid to Africa is no longer either practical or wise on a national basis. It should be channelled through the UN. This is not something that should be realised in defeat- ism, or with a tightening of the purse strings at

• ' the impersonality of it, but with hope. Already the preponderance of the African nations is ;:hanging the nature of the UN, but if this can come to mean the generous giving of aid and sharing of personnel on a world scale to the under-developed countries. then it can only he a change for the better.