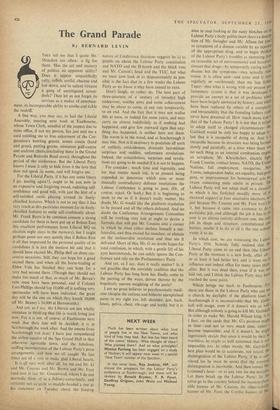 Page 6, 23 September 1960 — NEXT WEEK Much has been written about what kind of
Close

NEXT WEEK Much has been written about what kind of

people live in the New Towns, and what kind of lives they lead. But less has been heard of the towns' history. Who thought of them ? Who planned them? And on what principles? Monica Furlong has been engaged on a study of Harlow; it will appear next week in a special 'New Town' number of the Spectator.

In the same issue, Roy Jenkins, MP, will discuss the prospects for the Labour Party's conference at Scarborough; and there will be reviews by Ronald Bryden, T. R. Fyvel, Geoffrey Grigson, John Wain and Michael Young.