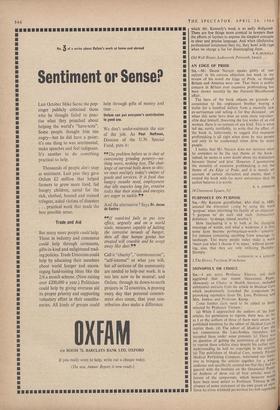 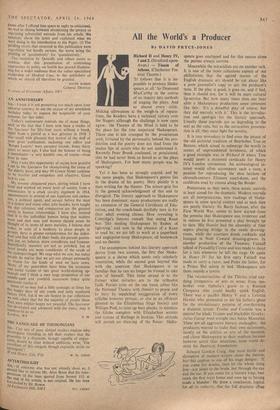 aggrieved that our recent Occasional Paper. Monopoly or Choice in Health Services, included substantial extracts from his article in Medical Care which inadvertently launched the symposium by provoking rejoinders from Dr. Lees, Professor and Mrs. Jewkes and Professor Kemp. some further facts need to be added to those selected by Professor Titmuss:

(a) When I approached the authors of the four articles for permission to reprint, there was, so far as I or the authors of three of them were aware, no published intention by the editor of Medical Care t" reprint them. (b) The editor of Medical Care did not commission the Lees-Jewkes rejoinders bul accepted them under some pressure. (c) There W"' no question of getting the permission of the editor to reprint these articles since despite his earlier tnI'' understanding he had no copyright in the article'. (d) The publishers of Medical Care, namely Pitma" Medical Publishing Company, welcomed our initia- tive in bringing the articles together for a wick'. audience and specifically assured me that they had It" quarrel with the Institute on the Occasional PaPer' (e) Authors of three out of four articles were In, favour of the symposium, which however wool° have been most unfair to Professor Titmuss in the absence of some statement of his own point of view. Since he alone withheld permission for full reprinting (even after I offered him space to reply to criticisms), we had to choose 'between abandoning the project or reprinting substantial extracts from his article. We naturally chose the latter and explained what we were doing in the introduction to the Paper, (f) The printing errors that occurred in this publication were regrettable but hardly serious, the worst being the ptinting of 'qualitatively' for 'quantitatively.'

The reception by Quoodle and others seems to confirm that this presentation of contrasting approaches to policy on health has proved illumina- ting for a wider audience than the rather specialised readership of Medical Care, to the publishers of which we should all therefore be grateful.