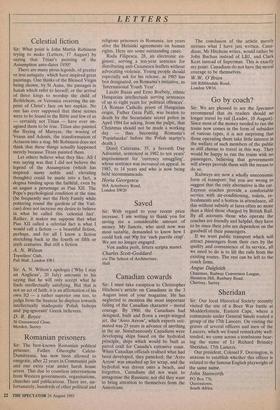 Sir: Our local Historical Society recently visited the site of a Boer War battle at Modderfontein, Eastern Cape, where a commando under General Smuts routed a group of the 17th Lancers. On visiting the graves of several officers and men of the Lancers, which we found remarkably well- tended, we came across a tombstone bear- ing the name of Lt Richard Brinsley Sheridan, 17th Lancers.

Our president, Colonel F. Dorrington, is anxious to establish whether this officer is related to the famous English playwright of the same name.