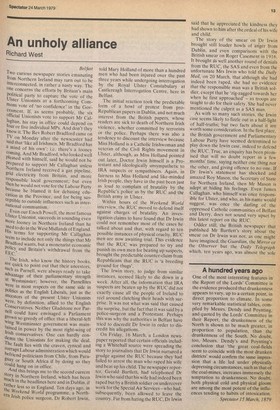 One of the most interesting features in the Report of the Lords' Committee is the evidence produced that drunkenness appears to vary, up to a certain point, in direct proportion to climate. In some very remarkable statistical tables, compiled by Messrs. Dendy and Poynting, and quoted by the Lords' Committee in their Report, the drunkenness of the North is shown to be much greater, in proportion to population, than the drunkenness of the South. No doubt, too, Messrs. Dendy's and Poynting's conclusion that 'the great coal-fields seem to coincide with the most drunken districts' would confirm the same impression that a life led under physically depressing circumstances, such as that of the coal-mines, increases immensely the temptation to drunkenness. No doubt, both physical cold and physical gloom are among the most potent of the influences tending to habits of intoxication.