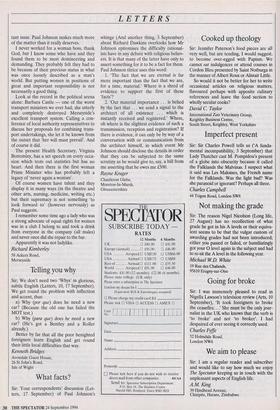 Sir: I was immensely pleased to read in Nigella Lawson's television review (Arts, 10 September), 'It took foreigners to broke the ceasefire...' She must be the only jour- nalist in the UK who knows that the verb is `to broke' and not 'to broker'. I had despaired of ever seeing it correctly used.