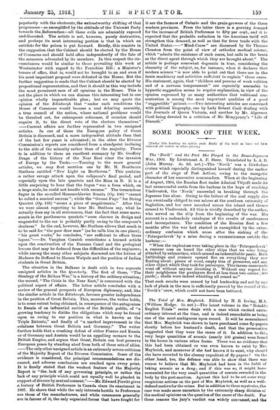 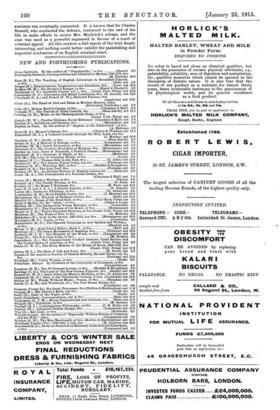 The Trial of Mrs. Afaybriek. Edited by H. B. Irving,

M.A. (William Hodge. 5s. not.)—The latest volume in the "Notable English Trials " series deals with a case which excited extra- ordinary interest at the time, and is indeed remarkable as being one of the most ambiguous upon record. It will be remembered that Mrs. Maybrick was shown to have purchased some fly-papers shortly before her husband's death, and that the prosecution suggested that they were the cause of it. In addition to this, very large quantities of arsenic (nearly 100 grains) were found in the house in various other forms. There was no evidence that this had been obtained or was even known to exist by Mrs. Maybrick, and moreover if she kad known it to exist, why should she have resorted to the clumsy expedient of fly-papers ? On the other ,hand, too, the defence was able to show that there WM reason to believe that Mr. Maybrick bad been in. the habit of taking arsenic as a drug; and if this was so, it might havo accounted for the very small quantities of arsenic revealed in the body by the post-mortem. Against this bad to be set some very suspicious actions on the part of Mrs. Ilaybrick, ss well as a well- defined motive for the crime. But in addition to these mysteries, the case was made more. uncertain by the extremely sharp division of the medical opinions on the question of the cause of the death. For these reasons the jury's verdict was widely canvassed; and the

sentence was eventually commuted. It is known that Sir Charles Russell, who conducted the defence, continued to the end of his life to make efforts to secure Mrs. Maybrick's release, and the case was used as a powerful argument in favour of a court of criminal appeal. All this renders a full report of the trial deeply interesting, and nothing could better exhibit the painstaking and impartial mechanism of an English criminal court.