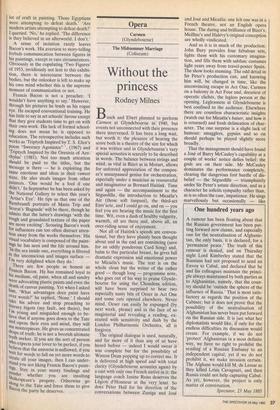 A rumour has been floating about that the Russian government has been put- ting forward new claims, and especially one for the neutralisation of Afghanis- tan, the only basis, it is declared, for a 'permanent peace.' The truth of this rumour is denied, and on Thursday night Lord Kimberley stated that the Russians had not proposed to send an Envoy to Cabul, and declared that he and his colleagues maintain the princi- ple always maintained by both parties as to Afghanistan, namely, that the coun- try should be 'outside the sphere of the influence of Russia.' That is most satis- factory as regards the position of the Cabinet; but it does not prove that the possibility of the neutralisation of Afghanistan has never been put forward on the Russian side. It is just what her diplomatists would like, if only for the endless difficulties its discussion would create. For example, if we do not 'protect' Afghanistan in a most definite way, we have no right to prohibit the sending of a Russian Embassy to an independent capital; yet if we do not prohibit it, we make invasion certain. The Afghans would kill M. de Lessar as they killed Lduis Cavagnari, and then Russia could not help capturing Cabul. As yet, however, the project is only matter of conversation.