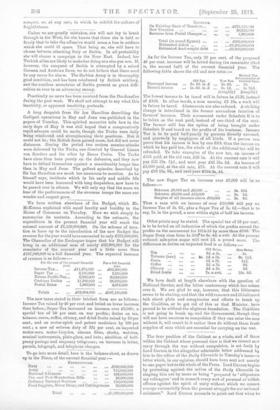 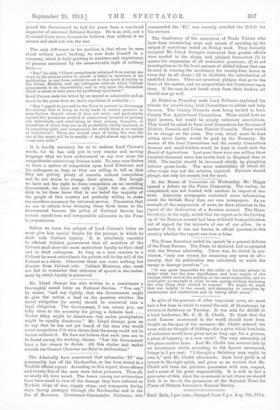 The true position of the Cabinet as a whole, and

of those within the Cabinet whose personal view is that we cannot now carry through the war without compulsion, is net forth by Lord Curzon in the altogether admirable letter addressed by him to the editor of the Daily Chronicle in Tuesday's issue-a letter which, in our opinion, should have been sent not merely to one paper but to the whole of the Press. Lord Curzon begins by protesting against the action of the Daily Chronicle in singling him out by name as being "prepared to ' ultimatum my colleagues' and to commit every sort of personal or 'selfish offence against the spirit of unity without which we cannot emerge successfully from the present struggle for our national existence." Lord Curzon proceeds to point out that when he

joined the Government he bad for years been a convinced supporter of universal National Service. He is so still, and a thousand times more, because he believes that without it we cannot and shall not win the war.