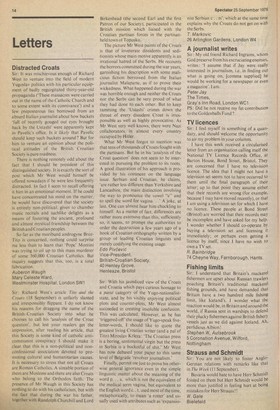 Sir: I understand that Britain's mackerel fishermen are upset about Russian trawlers poaching Britain's traditional mackerel fishing grounds, and have demanded that Britain have a two hundred mile fishing limit, like Iceland's. I wonder what the reaction would be, in Britain and around the world, if Russia sent in warships to defend their plucky fishermen against British fishery vessels just as we did against Iceland. Ah, perfidious Albion!