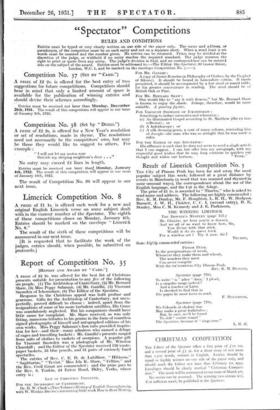 THE Editor of the Spectator offers a first prize of LIO nos. and a second prize of k5 5s. for a short story of not more than 1,5oo words, written in English. Entries should be typed or legibly written on one side of the paper only, and should reach the Editor not later than February ist, 1932. Envelopes should be clearly marked " Christmas Competi- tion." The result will be announced in our issue of March 5th.

No stories can be returned. The winning two entries will, if of sufficient merit, be published in the .Spectator.