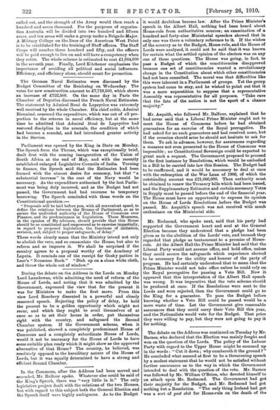 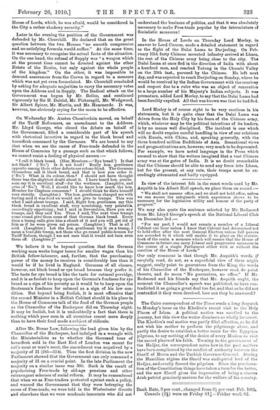 Page 2, 26 February 1910 — The debate on the Address was continued on Tuesday by
Close

The debate on the Address was continued on Tuesday by

Mr. Barnes, who declared that the Election was mainly fought and won on the question of the Lords. The policy of the Labour Party with regard to the Upper House might be summed up in the words : "Cut it down ; why cumbereth it the ground P" He concluded what seemed at first to be a threatening speech by a modest statement that he would not be satisfied without further assurances as to the way in which the Government intended to deal with the question of the veto. Mr. Barnes was followed by Mr. William O'Brien, who devoted himself to an attack upon Mr. Redmond. The Government had got their majority for the Budget, and Mr. Redmond had got nothing but a Resolution. "The only thing Ireland had got was a sort of post obit for Home-rule on the death of the

House of Lords, which, he was afraid, would be considered in the City a rather shadowy security."