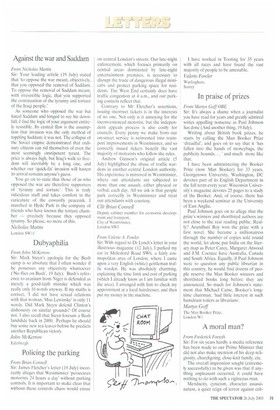 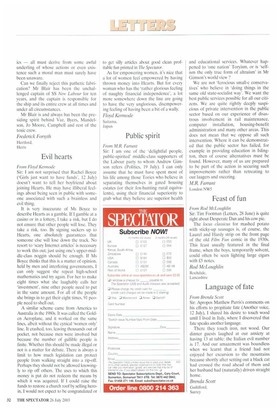 From Frederick Forsyth Sir: For six years hardly a media reference has been made to our Prime Minister that did not also make mention of his deep religiosity, churchgoing, close-knit family, etc.

The overall impression sought (extremely successfully) to be given was that if anything unpleasant occurred, it could have nothing to do with such a righteous man.

Mendacity, cynicism, character assassination, a quiet reign of terror against crit ics all must derive from some awful underling of whose actions or even existence such a moral man must surely have been unaware.

Can we finally reject this pathetic fabrication? Mr Blair has been the unchallenged captain of SS New Labour for ten years, and the captain is responsible for the ship and its entire crew at all times and under all circumstances.

Mr Blair is and always has been the presiding spirit behind Vaz, Byers, Mandelson, Jo Moore, Campbell and rest of the toxic crew.