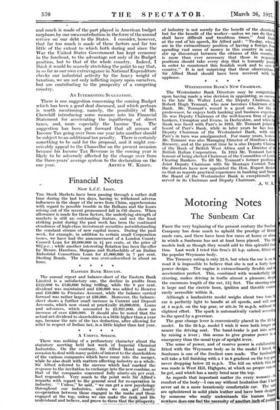 Page 42, 26 March 1927 — There was nothing of a perfunctory character• about the statutory
Close

There was nothing of a perfunctory character• about the statutory

meeting held last week of Imperial Chemical Industries. On the contrary, Sir Alfred Mond used the occasion to deal with many points of interest to the shareholders of the various companies which have come into the merger, while he also dealt with matters affecting industryasa whole. Sir: Alfred referred to the success which had marked the response to the invitation to exchange into the new combine, so that of the companies concerned fully ninety-six per cent. had, responded. Very much to the point were sir Alfred's rerpark.s with regard to the general need for co-operation in industry. -" Unless," he said, " we can get a new psychology throughout our industries, unless we can -get hearty co-operation between those engaged in the ranks and those engaged at the top, unless we can make the rank -and file understand and believe, and prove to them that tbe'rnzosperity

shall have difficult and troublous times." And fin,* at the end of-his speech, Sir Alfred said " To-day> when I are in the extraordinary position of having a foreign pol,„ spending vast sums of money in this country in order stir up discontept between the citizens of this country, is more than ever necessary that those in response positions -should take every step that is humanly poll in order to counteract this fiendish work and to save _— country." It is not "surprising that these observations Sir Alfred Mond should have been received with lo applause.