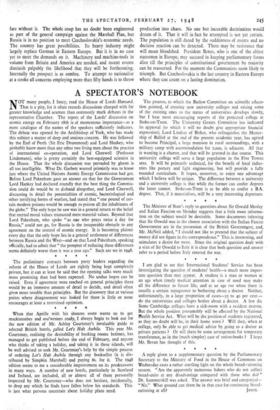 Page 5, 27 February 1948 — The preliminary contacts between party leaders regarding the reform of
Close

The preliminary contacts between party leaders regarding the reform of

the House of Lords are rightly being kept completely private, but it can at least be said that the opening talks were much more promising than had been expected. No undue hopes can be raised. Even if agreement were reached on general principles there would be an immense amount of detail to decide, and detail often gives more trouble than principles. But the discovery that at various points where disagreement was looked for there is little or, none encourages at least a restrained optimism.