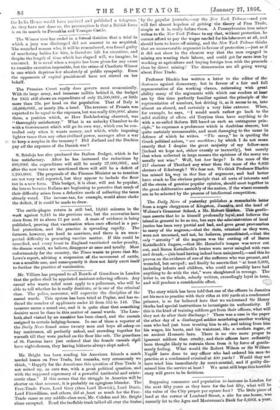 Page 2, 27 January 1866 — S. Scialoja has also produced the Italian Budget, which is
Close

S. Scialoja has also produced the Italian Budget, which is

far less satisfactory. After he has increased the reductions by 400,0001. the expenditure will still be nearly 37,000,0001., and after the new taxes are sanctioned there will still be a deficit of 3,200,0001. The proposals of the Finance Minister as to taxation are not very well reported, but they appear to include the flour tax in a new form. This budget, it is clear, will not be popular, the less so because Italians are beginning to perceive that much of their difficulty arises from a defective mode of collecting the taxes already voted. The income-tax, for example, would alone choke the deficit, if it could be made to draw.